While the effectiveness of traditional film schools could be debated, most of us who work in film have undergone some form of training to get there. Others who are looking to enter the filmmaking world are either knee-deep in academia right now or are sweating over the prospect. This is for the latter.

My personal feeling is that we learn best by making mistakes and figuring out ways to avoid making the same ones over and over again. That is how we grow. That is how we improve. That being said, there are some easily avoidable mistakes that are all too common while learning the ropes. Below is a list of such mistakes, with the hope that perhaps it save even one film student from blowing an otherwise awesome project.

I put this at the top of the list because it is the most common and most frustrating element that can turn even the most stoic filmmakers into headphone smashers. When it comes to film professors, so much emphasis is put into the image and how it creates the world of the film. While this is true, a terrible soundtrack can absolutely ruin an otherwise impactful moment within a film (or the entire film itself). To give a sense of just how much effort is put into sound on the professional level, take a peek at this mini-doc about Foley artists…

In short, treat your sound design with the same care as you do your cinematography. Make sure that you have somebody on hand whose only job is to listen to the audio being recorded to make sure that you don’t have any extraneous noise interfering with your dialogue or too much wind noise affecting your peaceful exterior shots. Get a separate audio recorder. DO NOT RECORD FROM THE CAMERA! Use a separate mic – and look into which ones would be best for your given situation. Some helpful insights on what mics work best for what scenarios can be found on The Hub’s buying guide, here.

2. Accept that Your Films Will Probably Suck 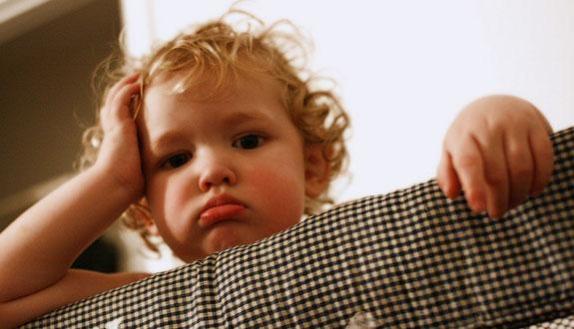 As I mentioned earlier, I think we learn best when we fail. It’s when we see our mistakes for what they are and decide to never, ever do that again. Just…never. You WILL feel this way about many of your films. It’s best that you accept that now. Nobody is given a camera for the first time and creates the next CITIZEN KANE, and you shouldn’t have fever dreams about walking into your first production class with a short film about your last breakup (more on that later) that brings your classmates to tears. It simply won’t happen.

Do not take this as a bad thing. Everybody goes through this, and that includes your peers. Most of the films you watch from those around you will also feel slightly underwhelming – save for a few select lucky hits. This is good. The trick is to learn to work off of each other to grow as filmmakers. Bashing yours and your friend’s films because they lack perfection won’t help anybody. Understand what they were trying to do and discussing options for the point to still get across with the forest of misery they have to work with improves both of your skills.

That being said, if there’s a person in your life who always tells you that your work is awesome and never has anything bad to say about it, stop looking to those people for feedback. They are not helping you.

Going off of the previous entry, let’s say you’ve accepted that part of the learning experience is making some bad films – and you’ve done the smart thing and NOT let that stop you. What do you do with that feeling? You reread the title of this entry, that’s what you do. If you know your film can fail no matter what you do, you might as well go big. By that I mean that you shouldn’t be afraid to try something that your gut tells you could work, but your brain tells your gut to shut up about it or it won’t get any cake. Screw your brain – it doesn’t know what it’s talking about, anyway (if it did, it would have scored higher on that Biology exam).

Every student film that I have seen that has succeeded has taken huge risks. And those risks can vary depending on the subject. One film I saw involved a transgendered classmate of mine interviewing other non-binary individuals, but took a risk by shooting it all on 16mm (using the interviews as voice-over, rather than “talking heads”) and including himself as one of the subjects. It was a huge personal risk, but it paid off. Easily the best film I saw come out of that class.

On top of all of this, what better time is there to fail miserably on a leap of faith than while you’re still learning? Your professor is interesting in seeing that you put the effort and applied your knowledge to the film. If it ends up being terrible, but you tried hard and took a chance, it shouldn’t hurt your grade. Good professors grade on the work you put into the film, not their subjective opinion on how they connected with Timmy’s lost teddy bear…in your hypothetical film.

4. Don’t Always Listen to Your Professor

Yeah, I said it. Keep in mind that your professors all earned prestigious degrees over many years to get where they are. You should respect them and pay attention to what they’re telling you – they probably know what they’re talking about. But that doesn’t always mean they’re always right.

Film is, obviously, a subjective medium. Every person is going to react to the same film in different ways. This is why major studio films can sometimes feel a little underwhelming – because they are intended for a global audience and need to hit the base common denominator. Don’t do that to your vision. Sometimes your professor simply won’t fall into the intended audience. Who is the intended audience, you ask? Well…you are, actually. The film you’re making you should be making for yourself, to be something that you are proud of. It should be something that you would want to see. You cannot please everybody.

It reminds me of something that one of my professors once said to me (yes, I know I’m implying that I listened to him in a section about not listening to your professors, but I don’t mean always). He said that as soon as you start anticipating what the audience wants to see you have immediately failed, because you have forgotten that you are the audience. When the Wachowski’s set out to make THE MATRIX, they succeeded because they made the movie that they wanted to see. When Spielberg set out to make THE LOST WORLD: JURASSIC PARK, he failed because he thought that the “audience” wanted to see a T-Rex stomping around suburban San Diego eating family pets (I generally stop the movie when they leave the island, because I like to live in a world where movies still make sense!). Learn from their mistakes.